Pregnant women are saying they had ‘the right birth on the day’ after attending a Wise Hippo course.

100% of Wise Hippo Mums also shared that they felt prepared and confident about their birth after they had completed their classes and that they were able to successfully use what they had learnt during their labour and birth. (Data collected – 144 women, 2014) 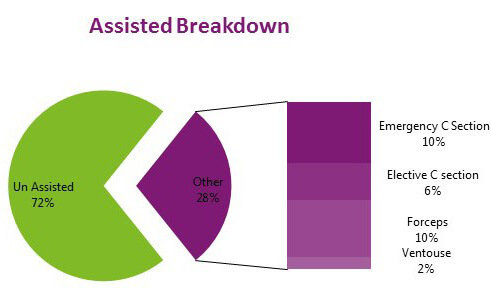 Parents are saying that they felt fully prepared for birth

72% of Wise Hippo Mums achieved the birth that they were hoping for. We know there is no such thing as the ‘right’ way to birth, just the right birth on the day. We set realistic expectations for birth that leave our clients feeling successful.

100% of Wise Hippo parents have also said that they were able to make calm, informed choices. We believe this may have a bearing on the reduction in the percentage of women requiring a Caesarean birth, and of those whose labour was induced, as compared with the most recent maternity statistics for England (2013/14). 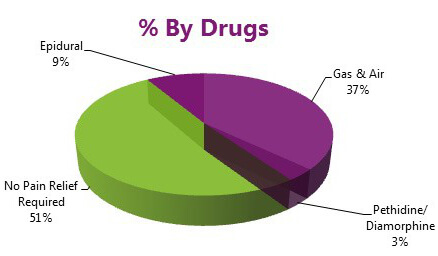 Parents have told us that they were able to make calm, informed choices

We want all women to have access to our life changing education and a key part of that is our non-judgemental approach to what is deemed to be the ‘right birth’. We want to clarify therefore that The Wise Hippo Birthing Programme does not focus on a ‘natural birth without drugs’. This is an important consideration as we look at the following figures. Although a low requirement for pain relieving drugs such as pethidine, diamorphine and the epidural is a by-product of our programme, some women attend our courses simply to help them let go of fear and build their confidence and not because they want to avoid for example the use of the epidural. 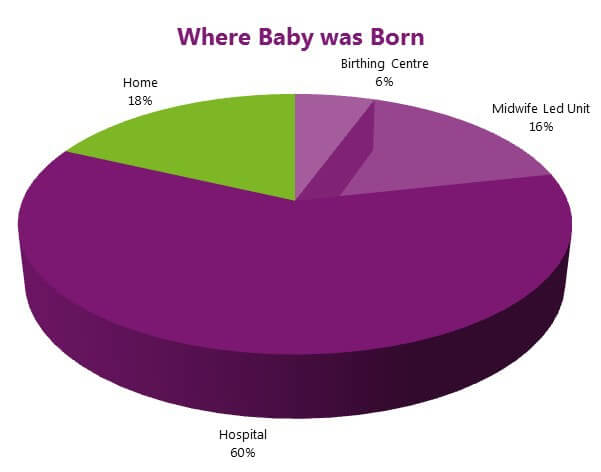 Finally we will look at where our Wise Hippo Birthing parents are having their babies. Ultimately women will choose to birth where they feel ‘safe’. Even for those considered to be high risk who plan to birth in the hospital, or indeed those having a planned Caesarean birth, a decision has been made based on what they believe is safe for them.

18% of Wise Hippo parents birthed at home compared to the 2013 national statistics for England and Wales of 2.3%.

60% of Wise Hippo parents birthed at hospital compared to the 2013 national statistics for England and Wales of 90%.

At the time of writing comparative figures could not be obtained for Birthing Centre or Midwife Led Unit births.